Featured Winery of the Week: Waits-Mast Family Cellars!
Ship To:

As more and more wine drinkers explore the realms of fun, interesting and unique grapes around the world, we at Scoperta! received a lot of interest in our last post regarding Petit Verdot. So let’s give the readers what they want and dive into the favorites of PV.

To put it in perspective, PV can often need another 1-2 weeks of ripeness than Cabernet Sauvignon which for an area like Napa, can mean November in some instances! The wines recommend below share a commonality of warm-climates, and an elongated season of viticultural such as: Napa, Douro Valley Portugal, Castilla y León Spain, parts of Israel and Argentina, and South Australia. They can be afforded the opportunity to hang/ripen without much risk and were traditionally used to blend.

For these examples it seems that some winemakers have taken a slight risk in either planting more Petit Verdot or running a low-production bottling of 100% Petit Verdot. I applaud these mavericks and with the rise in global temperatures the variety seems to be gaining momentum. Though its original home in France is seeing a decline, other areas see an opportunity to produce a fashionable red, full bodied and gaining traction with consumers.

Some Petit Verdot's from Scoperta! 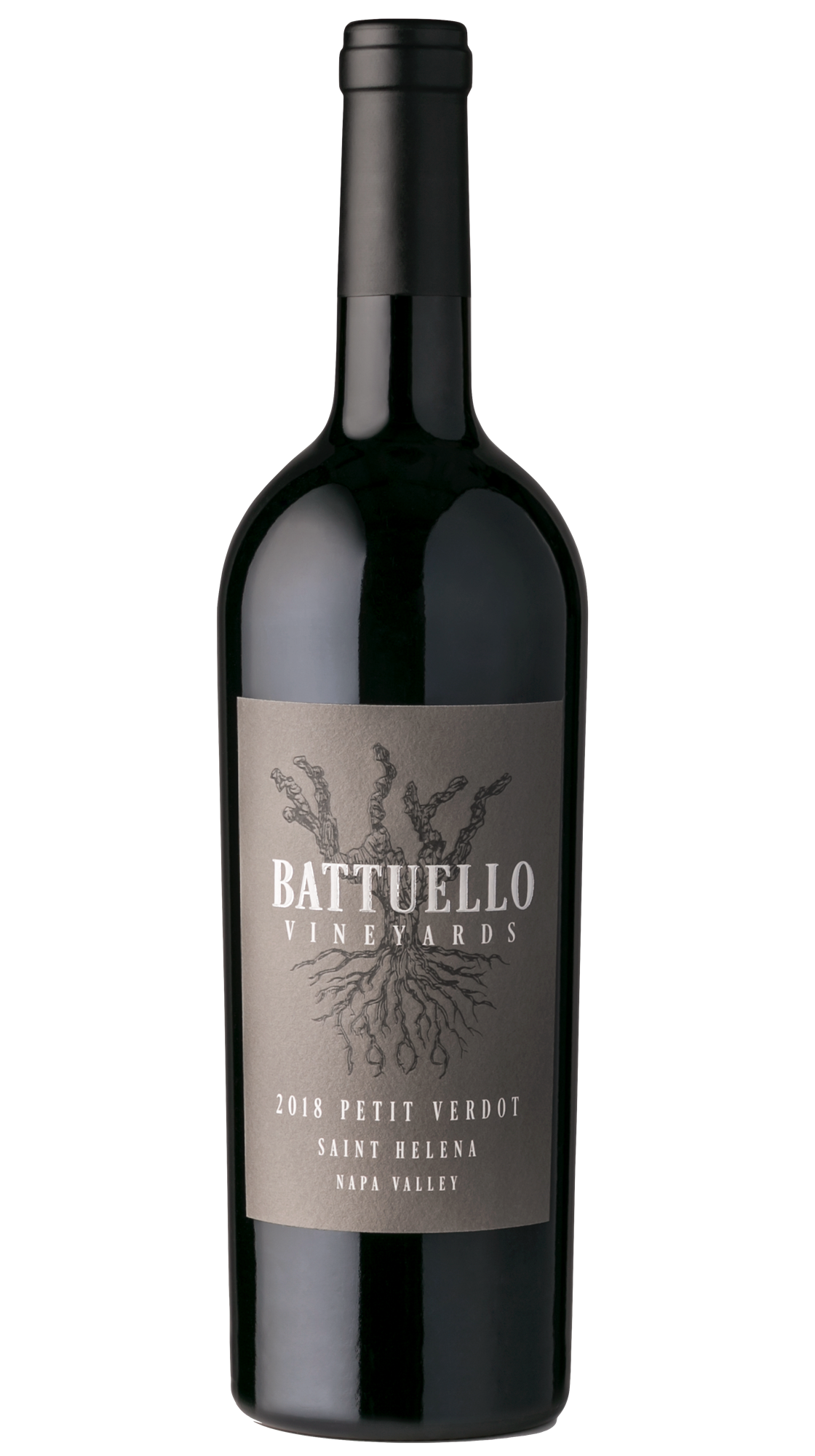 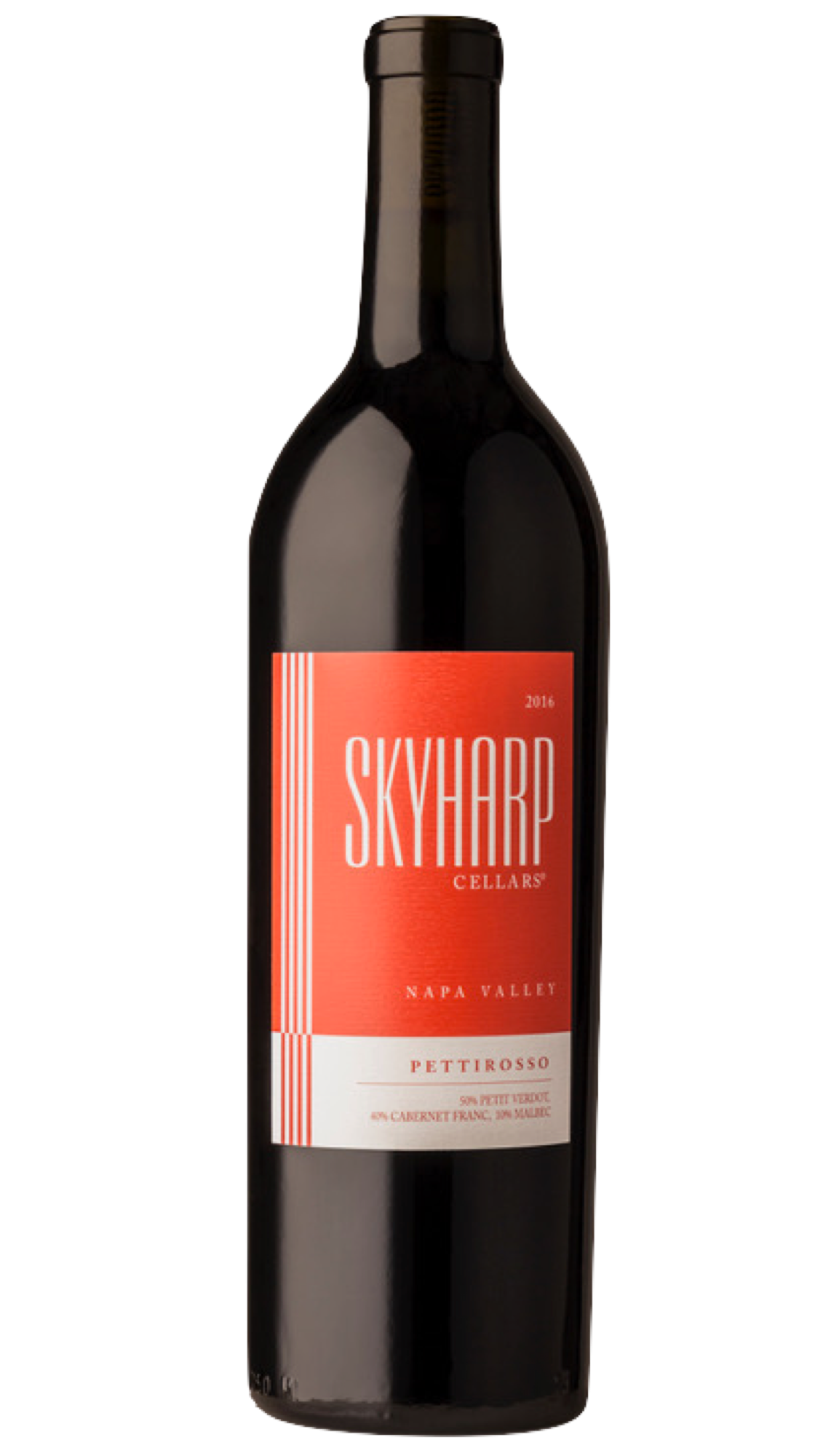 You won’t find PV in every growing region across the globe, and for good reason...

PV likes to hang on for dear life.

It requires a significant amount of sunshine (ripeness) in order to reduce the “green” flavor that would likely overpower the wine if this grape is grown in short-season viticultural i.e. Michigan, NY, Mosel, Champagne etc.

By far one of the greatest wineries in Israel today, they’ve harnessed both indigenous grapes as well as acclaimed international successes like PV. Grown in areas like the Mitzpe Ramon – a crater in the middle of the dessert – this wine gets ripe but with more exotic flavors like Schezwan peppercorn, balsamic-covered strawberry, and a robust core of date/prune flavor. The mouthfeel is dense and calls for food. This was a huge surprise to try! The region is vastly different than say Portugal with flatter terrain and higher diurnal shifts.

Similar to that of Portugal, Abadía is along the winding Douro river with a similar elevation. This example shows how well PV can grow given the warm temperatures, sandy soils, and in this case – American oak-aged. Like many Spanish wines, Abadía has some American influence and it makes total sense; you always match the intensity of oak with that of the wines fruit intensity. For me, Abadía showed a powerhouse of black fruits, rich and ripened, with a mocha-kissed accent. Similar to Quinta de Noval but even more “style” and polish.

With an extremely historical view of only making Port wine, many people often overlook the dry red wines that are coming out of Portugal. Do not forget that there’s an authorized 40+ red grapes used for Port production so growing red grapes in the Douro is widely common and achievable – even for finicky red grapes like Petit Verdot. Given everything that we know, PV should do incredibly well here and that’s exactly why it’s planted. This expression is grown on granite soils (a slight variation from the lava rock of Sicily) that add depth and tannic edge to the wine. It’s meandering terraces allow for both sun exposure and shading while the region receives very little rainfall per year. While there’s zero green flavors in this wine, it inherently has a super-rich mouthfeel and texture coming in at a whopping 15.6% abv.

Simply a fascinating example of how grapes can travel. This French varietal has gone far and wide and landed in some pretty remote areas like this remote volcanic island in the Mediterranean. Andrea Franchetti calls this a true “winemakers wine” that takes skill, patience, and a vision to see beyond the norm. The region is vastly different than anything from Napa and is probably best when blended. Composed of 60% Petit Verdot; 40% Cesanese d’Affile from roughly 820 masl (meters above sea level) in Etna and fermented in stainless steel which is then aged in a combination of French oak and concrete. Passopisciaro offers up dark and brooding plums laced with ocean brine and a sizeable tannic mouthfeel – probably due to the high elevation and lack of topsoil or organic material in the ground.

Literally across the street from Boeschen is the Battuello estate which also have some outstanding Petit Verdot vineyards. It is no coincidence given the fact that this northern area of St. Helena abuts Calistoga which is the warmest sub-AVA within Napa. As mentioned above, the climate allows for the perfect ripening of PV that many other pockets of Napa cannot achieve. Owner Dave Battuello and winemaker Michael Trujillo have bottled a sensational PV packed with rich florals, concentrated blackberry, and Oaxacan chocolate!

The Boeschen Estate property is carved out of the Vaca range’s volcanic slopes off of Silverado Trails Rd. It is a beautiful estate and happens to make a stellar bottling of Petit Verdot. They farm with minimal impact by employing a no-till approach in the vineyard and utilizing beneficial insects and predatory birds. They minimize water use and vineyard inputs and remain sensitive to the constantly changing ecosystem. Additionally, they have a Fish Friendly Farming (Napa Green) certification provided by the Napa County Ag Commissioner, and Regional Water Quality Control Board and the National Marine Fisheries Service that all indicate a high-level of farming and stewardship of their land. It is important to reference this as it ensures that their example of Petit Verdot is one of the best: deeply saturated with blueberry jam, ripe blackberry, mint, and crème de violette.

From California to Argentina!

B Leighton “Olsen Vineyard” from Washington

This site uses cookies to deliver services. For cookies to enhance your experience, please select "Accept All" to the right, or manage which cookies you would like.More Information
ManageAccept All